Publish Date : Friday 20 May 2016 - 21:07
IBNA- Iran’s Books Museum has accommodated different sections such as documents, manuscripts, non-books, periodicals, newspapers, and printed books in its place to inform the young Iranian generation of their cultural heritages and origins. 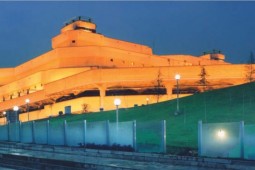 Museums play a great role in promoting the purest and most precious cultural phenomena. They are among the few centers that preserve the mementos of the past generations and a country’s heritage of art and history. Each of the objects in a museum speaks in thousand languages in silence about the old times and the people who flourished the culture and civilization of a nation.
Today, museums in different countries of the world display the historical, archaeological and anthropological works of those countries. In addition, a new title is being added to the list named the Books Museum which is home to the most priceless and exquisite manuscripts and the oldest written works in the Manuscripts section of the archives organization of the National Library of Iran.
The section of manuscripts and the old books printed by the National Library has accommodated thousands of exquisite manuscripts from the second century AH until now and is considered one of the most important and attractive parts of this library.
Director of the manuscripts and archives department of Iran’s National Library Ehsanollah Shokrollahi says this museum with its extensive documents from the written orders of Safavid Kings to the exquisite manuscripts from different Persian eras makes the younger generation familiar with the cultural identity and the old heritage of their country.