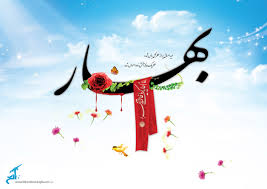 ‘According to IBNA correspondent, the book presents engaging memoirs of the Iranian combatants in Iraqis’ captivity. In one of them titled ‘New Year Morning’ we read: “I was captured in the early 1984. Representatives of the Red Cross hadn’t yet come to our camp, and the Iraqis did whatever they wished.”
“Each nursing home had twelve windows from which we were easily monitored by the Iraqis. In later years, guys stole a toothbrush with a mirror in the back from the Iraqis. The toothbrush was given by the Red Cross for the prisoners, but we hadn’t yet received it. We had someone who watched the Iraqis coming from the sanatorium, with that toothbrush, and we immediately informed the other barracks with socks.
If we tied the socks to the bars, it meant that the Iraqi guard had left and if we untied the sock, it meant he was back and they had to be careful. This way, we could covertly, and away from the Iraqis’ eyes, do our plans. We carried out our plan that day with difficulty and were punished by the Iraqis for it. Among our secret plans was making cookies.”
Elsewhere in this part we read: “We had a hard time holding the New Year ceremony and were punished by Iraqis for conducting it. One of our hidden secrets was making cookies with bread pulps.
We made the cookies from the bread they gave us for breakfast and supper. We took out the pulp inside the bread and let it dry in the sun. There was always one of us, of course, guarding to see these were not seen by the Iraqi guards, as we could be beaten up for it. When the pulp dried we would pound them with stone to make flour and then keep it for the New Iranian Year Eve to fix the sweet.
All these was provided with a monthly salary of half a Dinar. Guys would hardly get anything for themselves. We only went to the store to get something which was usually milk powder or sugar.
We couldn’t of course prepare Haft-Seen, so guys painted its picture. Iraqis knew we had some plans for the New Iranian Year, so they suddenly intruded on the first morning of the New Year and said: “There! Hands up! All go out!”
They first searched us physically and then sent us out and took our things and tore our writings and paintings.”