Traces of the last Wednesday of Iranian year reviewed

Publish Date : Wednesday 16 March 2016 - 23:59
IBNA- Chaharshanbeh Souri (Fireworks Wednesday) is a celebration with special rituals rooted in the ancient customs of Iran; a feast which nowadays has lost its genuine and meaningful traditions and ceremonies. 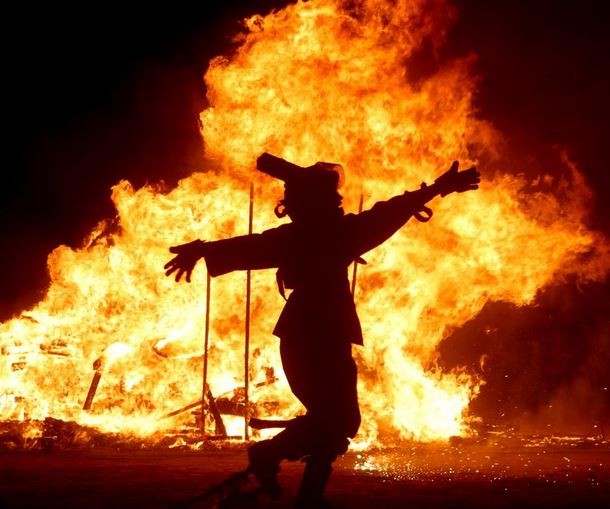 According to IBNA correspondent, Iranian celebrations such as Norouz, Mehregan, Tirgan, Sadeh, etc., are among the traditions that are inherited from the past as a sign of a longstanding ancient country that still shines high on top. These beliefs and rituals are the valuable essence of the life of our ancestors and are believed to be the lasting secret of nations. Many historians, researchers and tourists have studied the traditions of Chaharshanbeh Souri and penned their independent views on it which we’ll take a brief look at in this report.
Chaharshanbeh Souri has always been highly regarded by Iranians. This is the feast held on the last Wednesday of each year celebrated with its certain customs and rituals in every corner of this land. Among these rituals one can mention Esfand (a type of aromatic seed) smoked on fire, eating nuts, predicting events, overhearing people’s talks, going to doors with a spoon hitting the pan, etc., which are carried out on the occasion across the country with slight differences.
What is certain is that the remaining pre-Islamic texts did not specifically mention the ceremony. Post-Islamic texts also do not have much to say about it, but hints at a number of ancient texts indicate that the last Wednesday was not only held but it was also mentioned as an old custom.