Chamran, the most dramatic character in the imposed war

Publish Date : Saturday 26 September 2015 - 00:01
IBNA- In the press conference of performance and unveiling of the play ‘Heavy Pieces of Lead’, Aqakhani the writer of this work said that Mustafa Chamran is the most dramatic character of the imposed war.” 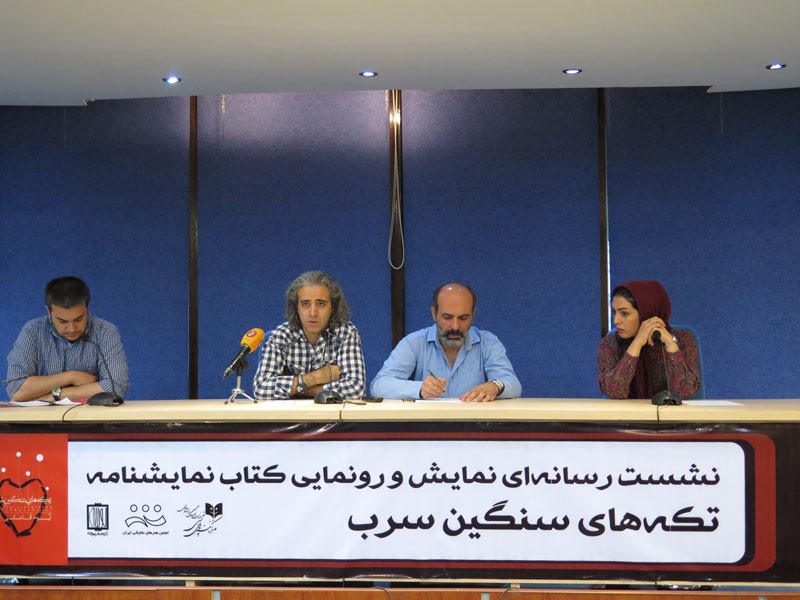 According to IBNA correspondent, press conference of performance and unveiling of the scenario book ‘Heavy pieces of lead’ was held last night, September 23, 2015, at the Conference Hall of the City Theater. The event was attended by Ayoub Aqakhani, writer and director of this work, Ali Moradkhani, Art Deputy of the Minister of Culture and Islamic Guidance, and Qader Ashena, former Director General of the Center for the Performing Arts. Ali Janati, Minister of Culture and Islamic Guidance also participated in the unveiling part of the book and stayed at the event and watched the play ‘Heavy Pieces of Lead’.

In this ceremony, Aqakhani said: “‘Heavy Pieces of Lead’ is a work by ‘Pousheh’ theater group with a social realistic look at different parts of the war which have been neglected so far. The play is about one of the most distinguished yet dramatic faces of the war, Martyr Mustafa Chamran (PhD), whose life is so distinguished that changes our outlook on the issue of the war.”