Publish Date : Sunday 13 September 2015 - 18:37
IBNA- The book ‘Doctor, Run!’ deals with the memories of the Second Brigadier General Gholam Hossein Darbandi, an army’s physician in the frontline of the Sacred Defense period. 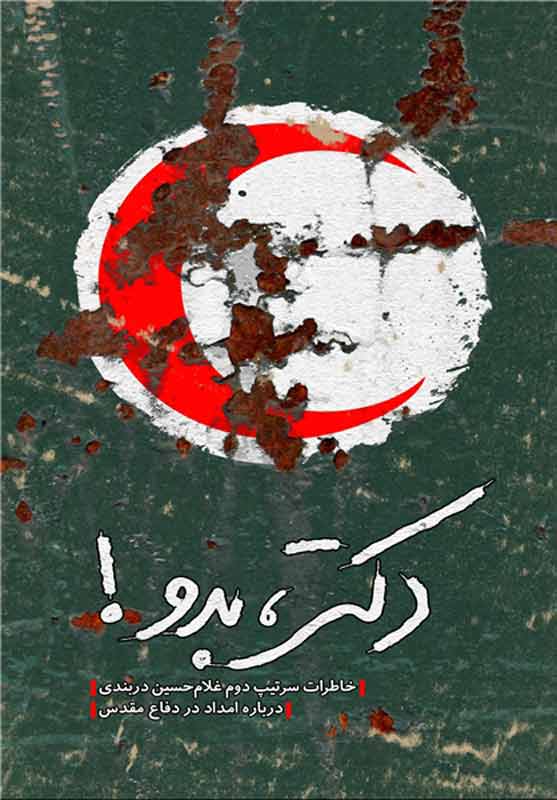 According to IBNA correspondent, the book ‘Doctor, Run!’ covers the memories of the Second Brigadier General Gholam Hosssein Darbandi, a relief worker during the Sacred Defense period (the war Iraq imposed on Iran), written by Dr. Reza Montazer. General Darbandi worked in the relief group operating in the frontlines in the south.
The writer of the memoires has not just sufficed to describe these memories; he has illustrated the space in the operating areas and the relief difficulties in the frontline and behind to depict the humanitarian attempts of the sacrificial efforts of the medical staff. At the end of the book, the images associated with each topic have been specified with each issue and the reader is referred to them.
Also, at the end of the book, Montazer gives a brief description of each operation and the list of the martyrs whose names have been mentioned.
In the introduction of the book, a brief description of the biography of the Second Brigader General Gholam Hossein Bandari is given which reads: “He was born in Tehran in a religious family in 1956. He was employed in the army in the field of health care in 1971 and started serving in the health education center of the army. After completing his course of studies, he was transferred to Isfahan aviation in 1974.”
In the period before the revolution, General Bandari along with like-minded revolutionary forces and soldiers joined the ranks of the demonstrators. Upon graduation from high school in 1979 and completing the course of the officers, on August 23, 1980, he was transferred to battalion 145 infantry, Armored 92 Corps in Azadegan, Ahwaz, in garrison 3. War had not started at that time yet.
“The Doctor, First!” is published in two thousand copies by Emad Farad Publications in 192 pages. The book was displayed at the 28th Moscow Book Fair.