Publish Date : Tuesday 18 August 2015 - 21:00
IBNA- At the Sacrifice and Resistance Celebration, Culture Minister Ali Jannati said: “One of the activities of this ministry abroad is the translation of books published in Iran on “Sacred Defense.” 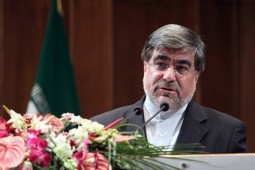