Publish Date : Saturday 11 July 2015 - 18:22
IBNA- The biography book of a martyr of the Iranian Sacred Defense, Ms. Shahnaz Mohammadizadeh, titled ‘Flight of the Swallow’ has been published. 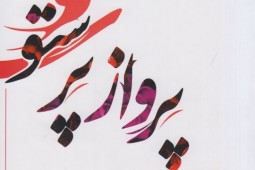 According to IBNA correspondent, ‘Flight of the Swallow’ written by Golestan Ja`farina has an introduction written by Mahnaz Ahmadi, Director General of Women’s Affair in Iran’s Ministry of Education.
The introduction reads: “I write for you, my daughters, whose innocent faces shine with signs of dignity and hope for a good life; you, dear students of the Islamic Iran, graceful and intelligent. I also praise the courage of the girls, a little farther away, and about your age, whose homeland is invaded and their loved ones killed by the enemy, making them suffer intolerable pain and agony.”
She continues thanking Golestan Ja`farian for compiling the life story of Shahnaz Mohammadizadeh according to all documents, under the name ‘Flight of the Swallow’, ordered by the Office of Women’s Affairs of the Ministry of Education.
The author herself has not written an introduction to this book and has only collected the memories of Martyr Shahnaz Mohammadizadeh, rewriting a story in eight chapters namely ‘Birth of the Swallow’, ‘Golshan Lane’, ‘A Little Girl with Great Thoughts’, ‘Good Friends’, ‘We Grew up Quickly’, ‘The Innocent City’, ‘Brave Girls’ and ‘Flight of the Swallow’.
Shahnaz Mohammadizadeh was born in the city of Khorramshahr in 1960, a city which was devastated during the Sacred Defense by the military forces of former Iraqi dictator Saddam Hussein.
When she was studying as a senior in Economics, the war prevented her from continuing her studies. She was religiously inclined since her adolescence years and a political activist who participated in demonstrations and distributed pamphlets of Imam Khomeini. When the war began, she got active in rescue operations and was finally hit by a mortar as she was delivering supplies to soldiers at Golforoushi crossroad in Khorramshahr, and died.