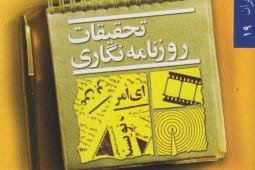 According to IBNA correspondent, a hundred seventy eight years have passed since the beginning of the press activities in Iran. During this time thousands of journals have been published in our country.
A number of these publications are notable, lasting and worthy of being introduced, and it is necessary that a selection of their items, which are useful to read in all eras and for all generations, be presented, so today’s audience get better acquainted with the efforts of their predecessors through reading these materials and make better use of what they have written.
‘Journalistic Researches’ is the title of one of these publications which is a research magazine on newspapers, magazines, radio and television. The book which comprises the issues of this magazine has been printed through the efforts of Seyyed Farid Qassemi aimed at introducing this publication and acquainting the audience with its history and content.
In the section on the history of this work we read: “The first issue of ‘Journalistic Researches’ magazine was on newsstands in December 1964 in 36 pages, for 15 Rls. per copy. The motivation for the publication of this periodical has been described in an editorial titled “Starting Point’ which is the necessity to learn the “science of journalism.”