255 literature books published in less than a week 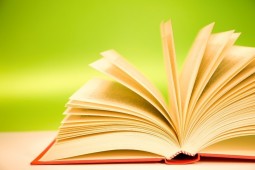 According to IBNA correspondent, among these books, 188 were compiled and 67 translated from other languages. 210 book titles are available on the market in Tehran and 45 in provinces through provincial publishers. Of these, 59 book titles are in the field of children and adolescents and two are educational and textbook aids.
Looking at the list of the first books of this week, you think nothing striking has been published in this last spring week of the year in the field of literature, but the book ‘School Falls’ translated by Sepideh Khalili is among the good books which have been reprinted for children and adolescents’ literature. ‘School Gets More Weird’, is the title of another book translated by the same translator which is now reprinted.
The book ‘Dear Life’ by Alice Munro, the Nobel Prize in Literature winner, translated by Mojdeh Daqiqi, was also published at this time. Another book ‘The arena is mine’, a shared translation by Mehdi Ghabrabi and Hormoz Riahi was also published by Golazin publications. ‘Narratives of Goethe’ translated by Mahshid Mirmoezi, is also available on the market.