‎14 Iranian books translated into Turkish to be unveiled‎

Publish Date : Monday 18 November 2019 - 17:43
IBNA- At a ceremony to be attended by Turkish Ambassador to Iran, 14 Iranian books ‎which have been translated into Turkish will be unveiled in Tehran on Wednesday.‎ 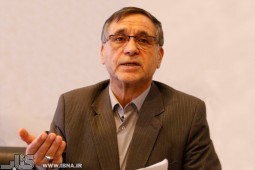 Speaking to IBNA, Ali Fereidouni, Secretary of the Grant Plan of Iran's Ministry of Culture and Islamic Guidance which is aimed to promote the translation and publication of the Iranian books into other languages said that these books will be unveiled concurrent with the seventh day of the 27th Book Week of Iran at the ceremony to be attended by Turkish Ambassador to Tehran and the Cultural Attaché of that country.

Fereidouni said that all 14 books have been published through the support given by the Grant Plan and will be unveiled at the literati House of Iran's House Institute.

He also announced that a training workshop, "Methods of Reaching World Market of Publishing" will be held on Wednesday in the Literati House on Wednesday.

The Armenian translation of Iranian novel for young adults ‎‘Call me Ziba’ ‎by Farhad Hassanzadeh will also be unveiled on the same day. The book was picked as the top work in the Festival of Center for Iran's Intellectual Development of Children and Young Adults in 2016.