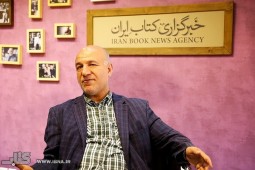 Speaking to IBNA, Mohammad-Taghi Haghbin, a member of the directorial board of Iranian Cultural Association of Children and Young Adults Publishers said: “A few months ago, we issued a call asking the members of our association to introduce their books for display at Frankfurt Book Fair 2019. Later, we received 450 titles of books.”

“Considering the works received, our experts selected 256 books which were put in a catalogue which was sent to Iran’s Cultural Fairs Institute,” he said.

“Then we began to contact foreign publishers which will participate at Frankfurt Book Fair 2019 to hold business meetings with them.”

He stated that Cultural Association of Children and Young Adults Publishers will be more prepared in comparison with the last editions of FBF: “We have held discussions with a number of children institutes in Germany and other countries as well as directors of Bologna and Shanghai book fairs.

“We held Correspondences for copyright exchange held with 125 foreign publishers at FBF. We are planning to introduce our books for children and young adults better than before,” Haghbin added.