New volumes of the Harrison’s medical textbooks in Persian due 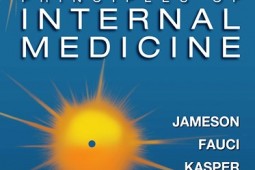 According to IBNA correspondent, Salahi, the author and translator of over 60 medical books and head of the translation project ‘Harrison's Principles of Internal Medicine’ (2018) said that as one of the main medical references for professionals and students, the book is being translated into Persian in 12 volumes.

“By now, the parts Immune-Mediated, Inflammatory, and Rheumatologic Disorders; Disorders of the Kidney and Urinary Tract and Disorders of the Respiratory System have been translated into three volumes and published by Haidari Publishing,” he stated.

“The translation has almost been accomplished and the work is in the process of typing and editing. At least four or five other volumes of the series will be published on topics such as Cardinal Manifestations and Presentation of Diseases and Disorders of the Gastrointestinal System. The only remaining part is Neurologic Disorders which is highly specialized and complex and requires more time and precision,” Tehran University Professor added.