‎ Translated works of Ayatollah Motahhari to be revised

Publish Date : Monday 29 July 2019 - 16:05
IBNA- A collection of works by Iranian Shi’a scholar, martyr Ayatollah Mortaza ‎Motahhari which have been translated into English, Arabic and other languages will be ‎revised for publication. ‎ 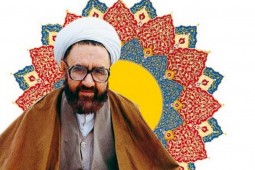 Speaking to IBNA, Ahmad Reza Jalili who has the translations of books by Seyyed Hossein Nasr in his career and is in charge of the English translation department of Shahid Motahari Scientific and Cultural Foundation, said: “Regarding the errors visible in the translated works of Ayatollah Motahhari, we decided to revise them, remove the mistakes and prepare them for publishing.”

He added that the books 'Adl-e Elahi' (Divine Justice); Mas'aleye Shenakht (The Issue of Profound Knowledge); ‘Nezam-e hoghoghe zan dar Islam’ (The System of Women's Rights in Islam); 'Seiry dar nahj al-balagha' (A Journey through Nahj al-Balagha) are among the works which have been revised for publishing.