TIBF to host over 80 Arabic and European publishers 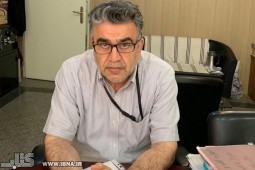 Speaking to IBNA correspondent, Director of foreign publishers section of the 32nd Tehran International Book Fair Ahad Rezaei said that the stand of these publishers will be established in an area of 5000 square meters on the first floor of the eastern portico of The Mosalla of Imam Khomeini which is the venue of the event.

He stated that due to the sanctions imposed on Iran and the sharp rise of the rate of foreign currency in the country, this year the number of participating foreign publishers has been reduced, however, the event has been generally welcomed by them.

“In this edition of TIBF, the books in European languages are presented in two separate sections: those which have been published in 2016 and on, which will be sold with 25% discount and the books of 2015 and before which will be sold in discounts above 25%. Fortunately the publishers have also welcomed this plan” Rezaei added.