Publish Date : Monday 15 October 2018 - 19:32
IBNA- Director of the Grant Plan in the Ministry of Culture who attended the 70th ‎Frankfurt Book Fair said that a German publisher has expressed interest in reproducing ‎ancient Persian manuscripts. ‎ 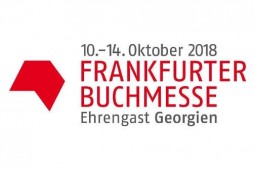 According to IBNA correspondent, Ayoub Dehghankar, Director of the Grant Plan in the Ministry of Culture and Islamic Guidance who attended the 70th Frankfurt Book Fair said that the German publisher is willing to reproduce those ancient manuscripts which are valuable in terms of Iranian and Islamic arts. In the other words, he wants to make the rare books available to the public.

Dehghankar stated that the German publisher may use the financial support of the Grant Plan.

Dehghankar further said: “We Also Held a Meeting with the Director of Bologna Children Book Fair and  Introduced the Grant Plan which was welcomed by him.”

“Regarding the theme of Bologna Books Fair, we proposed to establish a special stall for Iranian publishers of books for children and young adults within the framework of the Grant plan,” he added.