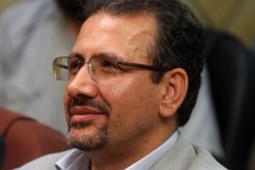 In an interview with IBNA, Habibollah Azimi, an expert in the field of manuscriptology, spoke on the publication of his book ‘Centers and Procedures of Copying Manuscripts in Persian Civilization’ saying that the book has been published in English and German by the Lambert University Press.
He said that an American magazine published one of his articles on manuscripts and Lambert Publication asked him later via e-mail to write more on the subject in the form of a book.
The former deputy head of the Iran’s National Library continued: “I received a suggestion to write a book about the fundamentals of manuscriptology after almost 20 years of teaching the subject in different universities in Iran and writing numerous articles in this regard. So I thought that I could convey the science of manuscriptology, which is originally from Iran to Europe by accepting this proposal and seized this opportunity.”
According to this researcher, although manuscripts are found in abundance in Europe’s National Libraries, but their knowledge of manuscriptology is not sufficient.
Azimi further added that before the publication of this book, he had another experience in publishing books in Russian and English, and the book ‘Principles of Manuscriptology’ authored by him was already published by the National Library in both Persian and English and once again in Russian which was well-received.