Literature and art cannot be confined by ideology

Publish Date : Thursday 30 July 2015 - 23:59
IBNA- Noted translator and critic Liliy Golestan believes that art and literature are not compatible with ideology, no matter how we look at, it is a kind of intolerance which is absolutely damaging. 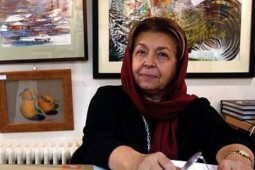 In an interview with IBNA, Golestan said: “Art is essentially devoid of judgment. Art is not compatible with ideology, and ideology seems to me a kind of intolerance, and any type of bias in the realm of art is not justifiable.”
The translator of the novel ’If on a winter’s night a traveler’ by Italo Calvino said: “I disagree with the ideology in art and literature. Ideology always spoils and this is what has happened in Iran and the world and it’s what we have witnessed.”
She noted that art and literature are devoid of any prejudice and dependence and must be pure. Otherwise, it cannot be called art and literature.
In response to the question, “Do the American writers today follow their own particular ideology and that of their country?” she said: “Every writer can write however he wishes, but writing with ideology won’t get him anywhere. Every writer and artist follows his own views and have his own opinion, but ideology roots in rigid intolerance.”
Golestan continued: “Art cannot be put in frames, as frames break. Ideology restricts the writer and the artist. Just like the writers and artists who worked under the doctrine of the Communist Soviet Union. I’ve recently paid a visit to Russia and I noticed they haven’t abandoned their ideology yet after over 20 years of the collapse of the Soviet Union.”
She further added that ideology and rigid alignments can be seen even in the whole life of the Russian people, and so long as this exists, no progress will be made. I saw this ideology in all aspects of their lives and this is not what I like. Some might say this is a good framework, but art is vast and must be kept open.
‘Stranger’ by Albert Camus, “Picasso” by David Hockney, ‘Life with Picasso’ by Francoise Gilot, ‘About Colors’ by Gabriel Garcia Marquez, and ‘Mira’ by Christopher Frank are some of Golestan’s published translations.