Writing about the multifaceted character of Chamran difficult

Publish Date : Monday 22 June 2015 - 21:18
IBNA- Mahdi Mirkiae`i, author of the book ‘Do Not Let him Rest: Mustafa Chamran’, says that this book is from the series ‘Commanders of Iran’ aimed to motivate the Iranian youth zeal for defending the country. 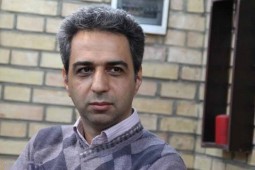 In an interview with IBNA, Mirkiae’i said: “This is the last book of the 16-volume series titled ‘Commanders of Iran’ published by Amir Kabir Publications. I’ve tried to bring the love of defending the homeland to life for today’s youth and acquaint them with the character of Martyr Mostafa Chamran as well.”
The writer of ‘Where Do You Come from, Rose’ explained the content of the above-mentioned series as such: “The series ’Commanders of Iran’ deals with all commanders who defended the Iranian territory against the foreign invaders such as the Macedonians, Romans, Mongols, Ottomans, Portuguese, Dutch, Russians, British and the Iraqis; Ranging from Ariobarzan to Martyr Hemmat.”
Referring to his narrative style in this historical series, he said: “This work is not in fact a fiction. I’ve tried to narrate a period of history as a story for my young audience.”
The creator of ‘The Dwarf King and 40 Great Troubles’, described the significance of writing in the field of history for the adolescents as such:
“It’s unfortunate that teenagers dislike history due to weaknesses in instruction, and when they come across a historical text they find it gloomy. In ‘‘Do Not Let him Rest: Dr. Mustafa Chamran’, I’ve tried to acquaint them both with the love of defending the homeland as well as with Martyr Chamaran’s character.”