Publish Date : Saturday 13 June 2015 - 23:47
IBNA- Author and critic Fathollah Beeniyaz believes that the reason why Iranian literati have failed to win the Nobel Prize is the lack of institutes here to translate their works into foreign languages. 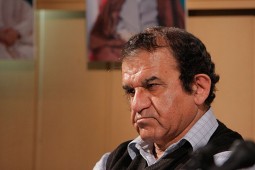 In an interview with IBNA, he said: “This is what Turkey, China and South Korea have done well in this area. It is often heard that the books selected for translation in many European countries never reached the audience as they were subject to non-literary objections.”
Biniyaz further added: Our literature has moved toward generalization, and there are very few young poets and writers who pay attention to daily issues. If this trend continues, we will tend to the popular literature and will lose our chance of winning the Nobel Literature for Iran in other years, too.”
Fathollah Biniyaz is a writer and critic of fiction literature. His works such as ‘Meeting with Christ’, ‘A Place as Large as Nothing’, ’Unquenched Thirst’, and ‘The Admiral of no Seas’ have been published.
Further elaborating on the issue “Why Iranian writers and poets have not received the Nobel Prize in Literature”, he said: “This is entirely relevant to Persian language. We have a limited audience in the world; at the same time when a novel is published in the world that hits the market, it is translated into English, German, French and Spanish.