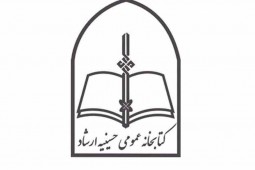 Speaking to IBNA, director of the public relations office of Hosseinyeh Ershad Library Mahsa Mahdizadeh said: “These books are offered in different sections including those of reference and precious books. Moreover, 10 Persian journals on the handicrafts are going to be put on public display in this event.”
“This fair will feature reference books in Persian such as ‘The Encyclopedia of Handicrafts '(2011); 'Islamic Textiles' (2006); 'The Ancient Iranian Handicrafts Industry’ and so on. Some of the at the precious books section include “The Consideration of the Iranian Handicrafts' and ‘Handicrafts of the Eastern Azerbaijan Province’, “she added.
The fair showcasing the Iranian handicraft books is scheduled for Wednesday, June 10 from 9 a.m. to 7 p.m.