Publish Date : Thursday 4 June 2015 - 14:20
IBNA- Mustafa Mohaddesi Khorasani says that Imam Khomeini is standing atop of knowledge and Islamic jurisprudence, and rigorous principles, and through his contemporary enlightenment, he gave a fresh and different meaning to our times. 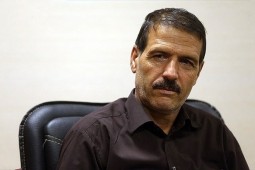 In an interview with IBNA, Mohaddesi Khorasani stated: “As we all know, Imam Khomeini’s poetry was published after his demise. He was a poet in its true sense of meaning. I believe, he is a true poet considering his works, but due to different aspects of his personality and the great change he has made to the Islamic world, shaking some of the world’s systems after the advent of Islam which consequently led to the revival of Islam, his poetry was ignored and driven to a corner. This might be the reason why his other personal dimensions have cast a shadow on the poetic side of his character.”

This poet further added: “Imam had a poetry anthology and outlook since a young age and his thoughtful look and his poetic abilities have been adorned with literal and spiritual arrays and other poetic techniques. He was mostly inclined toward our classic literature and so his mind and language moves between the Iraqi and the Indian styles in the Iranian Poetry, and of course has maintained its freshness in the contemporary era.”