Publish Date : Wednesday 22 April 2015 - 00:01
IBNA- Director of the committee for local publishers at the 28th Tehran International Book Fair announced the increasing number of Iranian publishers compared with last year and said: “3,000 publishers have registered to participate at this event so far.” 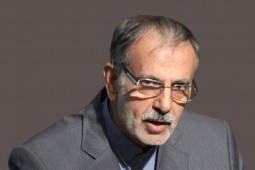 In an interview with IBNA, Mohammad Mahdi Davoodipour said: “This committee has prepared the plans of the 4 stands belonging to university departments, educational sections, children and adolescents, and the general cases and sent them to be considered for participation at the Fair. We are now waiting for the answer from the organizers.”
Saying that the map of the stands at the event is in accordance with the regulations of the 28th Tehran International Book Fair, he stated: “In arranging the stands in alphabetical order, the number of books published, the content of the books, records and publishers have also been noticed.”
Director of the local publishers at the 28th Tehran International Book Fair announced an increase in the number of home publishers in this round of the Fair and said: “3,000 publishers have registered for participation in the local section of Tehran International Fair so far, and I suggest a change to be done in the structure and style of setting up the Book Fair to avoid overcrowding and facilitate the presence of the publishers.”