Publish Date : Saturday 11 April 2015 - 14:06
IBNA- Iranian Author and translator of religious works Narges Beheshti believes that the younger generation needs books that portray Hazrat Zahra (SA) not as an unattainable myth but a guide to be followed; this is sure difficult to achieve but would be helpful. 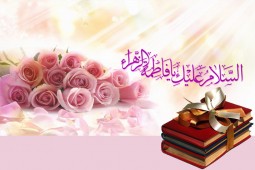 In an interview with IBNA, Narges Beheshti expressed: “Following the establishment of the Islamic Republic in Iran, an appropriate ground was provided for the promotion of Islamic instructions. Therefore, publication of books in this area relatively flourished.”
She continued that one of the topics in this regard is the character of Hazrat Zahra (SA), and her biography which has directly or indirectly devoted many books to itself and has made numerous books in this area available on the market. The names of these books and their outstanding samples have formerly been considered in some articles and writings, and by searching on the net their list of names and topics are accessible.
Stating that a few general axes can be found in these books with regard to their contents, she added: “One of these axes is the narrations on Hazrat Sediqeh Tahereh (SA) or about her position and status. In addition, testimonies about her martyrdom and her sufferings as well as her stance on the issue of ‘Imamate’ are topics based on which this book is compiled.”