Persian translation of Allen’s ‘Author’s Impasse’ to be released

Publish Date : Saturday 11 April 2015 - 00:00
IBNA- ‘Author’s Impasse’ is the title of three one-act plays by Woody Allen, the renowned American playwright and filmmaker, which is translated by Mohammad Reza Avzar and will soon be available in the bookstores. 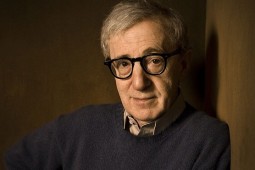 In an interview with IBNA, Mohammad Reza Avzar said: “This book comprises some of Woody Allen’s last plays which is published and their publication date in original language was the year 2003. ’Author’s Impasse’ consists of a series of three one-act plays written by Woody Allen which is soon on the market with my translation, published by ‘Bidgol’ publications.”
These three works are among the last plays written by Allen which are published in the original language and their publication date is the year 2003. Of course, in 2014, a play by Allen titled ‘Like the Honey Moon’ was published which I intend to translate soon.
He added: “’Old Say Brock’, ‘Riverside Drive’, and ‘Central Park West’ are the titles of the three plays in the book ‘Author’s Impasse’, which is to be published. The titles each are the names of a neighborhood in Manhattan, N.Y., and I have mentioned them in their original form in my translation due to their special character.”