‘Love in Lowercase’ to be reviewed

Publish Date : Sunday 27 October 2019 - 16:15
IBNA- The Persian translation of the romantic comedy novel ‘Love in Lowercase’ by Spanish author Francesc Miralles will be reviewed at Book Land Center in Tehran. 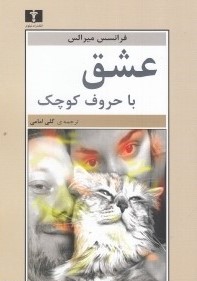 According to IBNA Correspondent quoting from the public relations office of Book Land Center, the novel which has been rendered into Persian by noted Iranian translator Goli Emami will be reviewed with her in attendance on November 21.

‘Love in Lowercase’ by Miralles who is also an essayist, translator, and musician is about a language-loving bachelor and the cat that opens his eyes to life’s little pleasures.

When Samuel, a lonely linguistics lecturer, wakes up on New Year’s Day, he is convinced that the year ahead will bring nothing more than passive verbs and un-italicized moments—until an unexpected visitor slips into his Barcelona apartment and refuses to leave.

The appearance of Mishima, a stray, brindle-furred cat, leads Samuel from the comforts of his favorite books, foreign films, and classical music to places he’s never been (next door) and to people he might never have met (his neighbor Titus, with whom he’s never exchanged a word). Even better, Mishima leads him back to the mysterious Gabriela, whom he thought he’d lost long before.

‘Love in Lowercase’ is a charming and uplifting novel about how one man, thanks to a persistent cat-turned-catalyst, awakens to the importance of the little things in life—and discovers that sometimes love is hiding in the smallest characters.