Publish Date : Tuesday 22 October 2019 - 16:14
IBNA- One of the key books of eminent Iranian mystic and poet, Attar Neushaburi, ‘Elahi-Nameh’ (The Book of Divine) has been translated into Japanese and released. 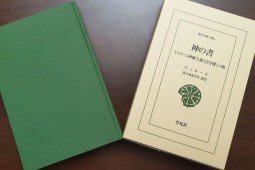 According to IBNA correspondent quoting from the news website of Iran’s Cultural Attaché to Japan, the book is a part of a valuable collection provided by Ayano Sasaki Japanese Iranologist and director of the Persian department of Tokyo Oriental Library”.

The book has been published through the support of Iran’s Cultural Attaché to Japan by Hibunsha Publishing in 552 pages and 2000 copies.

‘Elahi-Nameh’ is a frame-story tells of a caliph who has six sons and asks each about his heart’s desire. The ruler discusses each son’s desire with him, trying to explain to him not only that it is absurd if viewed in a universal perspective, but that it may also, if interpreted esoterically, have a deeper meaning and be capable of fulfillment within himself.