Illustrations of ICIDCY books to compete at Belgrade contest

Publish Date : Wednesday 16 October 2019 - 16:02
IBNA- Three illustrations of books published by Iran's Center for the Intellectual ‎Development of Children and Young Adults (ICIDCY) will run for the first stage of the ‎‎15th Belgrade International Biennial of Illustrations.‎ 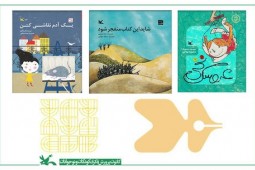 According to IBNA correspondent, quoting from the public relations department of the Center for the Intellectual Development of Children and Young Adults, 'This Book May Explode' illustrated by Samaneh Salavati, 'Draw a Human' illustrated by Mitra Abdollahi and 'String Puppet' by Mahboubeh Yazdani are the books which will compete in the event.

The biennial is coincident with the 50th Golden Pen Belgrade which will be held at the Gallery of the Serbian Broadcasting Company on November 7 to December 1.

The 15th Belgrade International Biennial of Illustrations has been organized by the Association of Applied Arts Artists and Designers of Serbian and the Exhibition Art Council.

The contest has two stages, first the illustrators or publishers email their digital files and the selected works will be published in the catalogue of the biennial and in the second stage among these works the winners will be announced.