Publish Date : Friday 4 October 2019 - 14:34
IBNA-Conference of Commemorating Mowlana Rumi will be held by Foundation of ‎Iranology in cooperation with a number of other cultural and scientific organizations in ‎Tehran.‎ 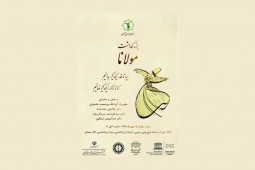 The event which is scheduled for Monday, October 7 will be attended by a number of Iranian experts including Ayatollah Seyyed Mohammad Khamenei, Seyyed Ali-Asghar Mir-Bagherifard, Gholam-Ali Haddad Adel and Abdul Mahdi Mostakin who will deliver speeches about Rumi, his ideas and work.

The conference will be held in Mohtasham Hall of Foundation of Iranology.

Mowlana Jalal al-Din Rumi (1207-1273) is famous for his lyrics and for his didactic epic Masnavi-e Ma’navi (‘Spiritual Couplets’), which widely influenced mystical thought and literature throughout the Muslim world. By the end of the 20th century, his popularity had become a global phenomenon, with his poetry achieving a wide circulation in western Europe and the United States.