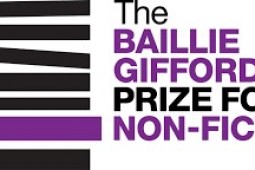 According to IBNA correspondent quoting from the Bookseller, Azadeh Moaveni’s account of women who decided to join ISIS, ‘Guest House for Young Widows’, (Scribe UK) has received nods from the organizers of the award and will run for the contest.

Born 1976 in Palo Alto, California. Azadeh Moaveni is an Iranian–American journalist and writer. For three years, she worked across the Middle East as a reporter for Time, before joining the Los Angeles Times to cover the war in Iraq.

Bloomsbury and Vintage have scooped double nominations on the 12-strong longlist for this year's Baillie Gifford Prize for Non-Fiction. The shortlist for the award will be announced on 22nd October, before the winner is crowned on 19th November in a ceremony at the Science Museum.

Today’s longlist includes a double nomination for Bloomsbury with ‘The Anarchy: The Relentless Rise of the East India Company’ by William Dalrymple and ‘The Lives of Lucian Freud: Youth’ by William Feaver.

Vintage also bagged two spots on the list with ‘Maoism: A Global History’ by Julia Lovell and Ian Urbina’s ‘The Outlaw Ocean’, which illuminates the lawlessness and vastness of the high seas.

‘Homesick: Why I Live in a Shed’ by Catrina Davies (Riverrun) also makes the cut, along with journalist Amelia Gentleman’s ‘The Windrush Betrayal: Exposing the Hostile Environment’ and ‘The Ministry of Truth: A Biography of George Orwell's 1984’ by Dorian Lynskey (Picador).

Hallie Rubenhold’s myth-busting ‘The Five: The Untold Lives of the Women Killed by Jack the Ripper’ (Doubleday) and imprisoned journalist Ahmet Altan’s memoir ‘I Will Never See the World Again’ (Granta Books).

Chair of judges Stig Abell said: "It's been a summer of reading with unbridled pleasure, and I think we've ended up with a longlist of books that are - by turns - provocative, magisterial and beautiful pieces of work.

Above all, they are companionable: stories to which you are happy to turn and return, some with contemporary resonances, others that are more timeless. Going from twelve down to six and then picking a winner is going to be a bit of a challenge."