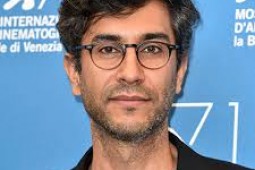 Ramin Bahrani ‎
According to IBNA correspondent, quoting the Hollywood Reporter, Bahrani, director of 'Fahrenheit 451' (2018) based on Ray Bradbury’s acclaimed novel will helm the movie, Indian actress and producer Priyanka Chopra-Jonas will lead the movie which will also star Rajkummar Rao.

‘The White Tiger’ is the debut novel by Indian author Aravind Adiga. It was first published in 2008 and won the 40th Man Booker Prize in the same year and made the New York Times bestseller list. The novel provides a darkly humorous perspective of India's class struggle in a globalized world as told through a retrospective narration from Balram Halwai, a village boy.