Turkey’s Chamber at Iran’s National Library to be opened

Publish Date : Tuesday 16 April 2019 - 15:32
IBNA- National Library and Archives Organization of Iran will open the Turkey’s ‎Chamber at a ceremony scheduled for tomorrow at 10:30 in Tehran. ‎ 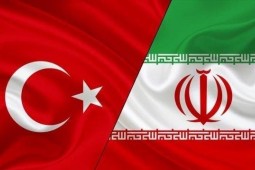 According to IBNA correspondent quoting from the public relations department of National Library and Archives Organization of Iran, the ceremony will be attended by the director of the organization Ashraf Boroujerdi (PhD) and Turkish Ambassador to Tehran Derya Örs.

Before the opening ceremony, Mrs. Boroujerdi will discuss the cultural relations between the two countries with Mr. Örs.

Turkey’s Chamber at Iran’s National Library will feature books by the writers from that country as well as forks which manifest the culture and rituals of Turkey.

The present National Library of Iran incorporates many different collections including many rare and valuable manuscripts. The central main branch is located in north-central Tehran.

The new building is specially designed to combine different faculties of the library in a single platform. The library by itself is over 90,000 m2, the largest library campus in the Middle East.

It encompasses 5 separate halls, each hall dedicated to a different faculty, including Humanities, Social Sciences, Law, Science and Science Education, and Health Studies.