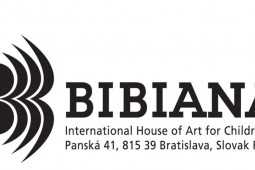 According to IBNA correspondent, quoting from the public relations office of Iran's Center for the Intellectual Development of Children and Young Adults (ICIDCY), among the nominees are: Hassan Mousavi for the illustration of the book 'The Boxer' by Touti Publishing, Hassan Amehkan for 'The Fire Bird' by Dolphin Publishing in China, Mitra Abdollahi for “An Umbrella of Petals” by ICIDCY Press and Atieh Markazi  for 'Sinbad Adventures' by Khorous Publishing.

The other nominees include Ghazaleh Bigdelou for 'An Umbrella with White Butterflies' by Touti Publishing, Noushin Safakhou 'Seven Horses, Seven Colors' and Amir Sha'banipour for 'Parrot and the Grocer' both by the Research Institute of the History of Children’s Literature.

Maneli Manouchehri for 'Farewell Moon' by Elmi Farhangi Publishing and Sara Miari “Mouse, Cat and other Friends” by Nayestan Publishings are among the other nominees.