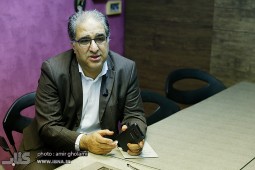 He referred to to the significant role played by media in promoting the major goals of cultural diplomacy: “it seems that in terms of publishing industry we are not optimistic about international activities. Some Iranian publishers have wronged good notions about participation at international scenes. Part of this problem may be relevant to the lack of self-confidence among them.”

“However, it should be noted that Iranian print industry enjoys a good potential. Let’s just compare the works and career of our writers as well as publishers with those in for example Arabic countries. This fact proves that we are considerably ahead but we should make more efforts to introduce our literature at an international level. The task which was accomplished by Iranian cinema and became successful,” Shahram-Nia added.