Publish Date : Sunday 8 October 2017 - 19:51
IBNA– The secretary of the plan to support the translation and publication of Iranian books (Grant) described the programs of the secretariat for participating at the Frankfurt Book Fair 2017. 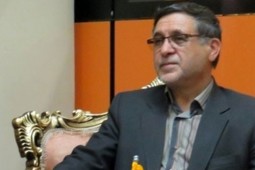 According to IBNA correspondent, quoting from the Public Relations Department of the Cultural Affairs Department of the Ministry of Culture and Islamic guidance, the secretary of the Grant Program Ali Fereidouni spoke on the necessity of developing Iran’s publishing industry at an international level.
“In pursuit of the policies of the Ministry of Culture and Islamic Guidance in the field of cultural diplomacy, and to achieve the Supreme Leader's views on the development and promotion of Iranian-Islamic culture in the world, the program is launched at the Ministry of Culture and Islamic Guidance,” he said.
He considered the support of governments and countries to promote the publication of written culture in other countries effective and said: “The Ministry of Culture and Islamic Guidance has also developed the Grant Program to promote Iranian-Islamic culture in the form of books to help in spreading the written culture.”
considering the impressive numbers of visitors, including publishers, writers, translators and literary agencies at the Frankfurt Book Fair, our active participation in this global event is a great opportunity to introduce Grant’s Plan,” the secretary added.
Fereidouni concluded that all Iranian publishers, writers and literary agencies participating in the Frankfurt Book Fair 2017 can benefit from exchanging translation rights through Grant’s Plan in their meetings