Biography of a Zoroastrian martyr in Sacred Defense published

Publish Date : Friday 24 February 2017 - 23:04
IBNA– ‘Luminous Mothers: Martyr Kamran Ganji According to His Mother’ is the title of a biographical book on the first Iranian Zoroastrian martyr during the Sacred Defense. 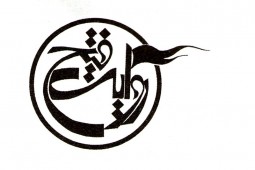 According to IBNA correspondent, quoting from the public relations office of Ravayat-e Fath Publications, three new books centered on the biography of the martyrs of the eight years of the Sacred Defense were recently published by this institute. They are: ‘Luminous Mothers: Martyr Kamran Ganji According to His Mother’, ‘People Don’t Die in My Frame’, and ‘Lifeline for Privacy’ published by Ravayat-e Fath Publications.
Kamran Ganji was martyred at Sarpol-e Zahab in west Iran, during the third week of the war. Narrated by his mother, his biography was authored by Hossein Goldoust.
In the introduction of the book, we read: “It is the story of a young brave man of Zoroastrian faith who fought alongside his fellow Muslim brothers and won the honor of martyrdom. The narrator of the story is a heartbroken mother who continued her honored life after the death of her only son and took comfort in serving her fellow citizens to relieve her sadness.”
In a part of the book we read: “Sometimes in my lonely hours I think of the day when Kamran and I were in the kitchen after he’d returned from school and was having lunch. As we were talking with each other, he told me that his religious studies teacher, had told them that God has created the man on the earth to test him. And that we are all in the presence of God and are watched by him.”
“I stared into his eyes at that moment. He was then only thirteen or fourteen. His face was lit by the light of faith and confidence. He believed in what he said with all his being. I still think of those eyes and that strange brightness every day. I’m sure that he was proud to win the God’s test in the killing field of Sarpol-e Zahab.”