Publish Date : Monday 14 March 2016 - 00:00
IBNA- A book about the life and works of the Iranian writer and documentarist, the late Seyyed Morteza Avini has been compiled in 16 chapters. 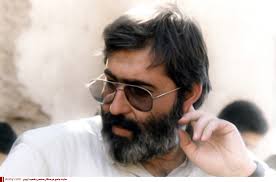 According to IBNA correspondent, quoting from Mehr News Agency, the author of Avini’s Biography Mahdi Mozafari Savoji said: “In the first part of the book, life and works of Martyr Avini is discussed and I’ve tried not to look at the topic from my own point of view. Therefore, I referred to sources and references about his life and works.”
Mozafari Savoji added that one of his sources in this work was what figures like Morteza Sarhangi, Hedayatollah Behboudi and others who were close to Martyr Avini have told about him.
“There are seven narratives of the life and works of Avini in the first chapter, and finally his will titled ‘The Last Line’ comes at the end of this chapter”, he said.
The author pointed out that in the second chapter of this book he has briefly discussed Avini’s films and in the third part introduces his books including ‘The Conquest of Blood’ which in fact is a narrative of Moharram and the epic of Karbala and started the book ‘Treasures of Heaven’ which is the narration of the documentary film series ‘Ravayat-e Fath’ (The Chronicles of Victory).
Mozafari Savoji added that in fact this chapter briefly introduces Avini’s books which are related to different fields like philosophy, poetry, cinema, graphics, painting and theoretical issues such as economy and intellectual trends and religious issues as well as those concerned with the Islamic Revolution.
Seyyed Morteza Avini was martyred by hit of shrapnel pieces of a mine in Fakkeh, north western of Khuzestan Province of Iran in April 9, 1993