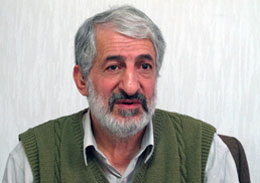 IBNA: The manager of Qadr Velayat Institute said that four books of the series have been released while three other more will be marketed by March.

Ahmad Ataei said that ‘Provisional Government from Formation till Resignation’, ‘Constitution: Draft to Revision’, ‘Banisadr: Rise to Fall’ and ‘Riots, Terrors and Coup d’états’ are the titles of the released books.

He hoped that all the titles would be published by the upcoming Tehran International Book Fair, which is slated for May. "Moreover I would like to unveil the published books on the anniversary of the victory of the Islamic Revolution", Ataei added.

The collection will be presented in two sections; the first part which will hold 10 volumes covers the beginning of the Islamic Revolution till the demise of Imam Khomeini (PBUH) and the other section will be related to the leadership of Ayatollah Ali Khamenei.