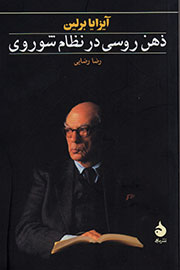 IBNA: 'The Soviet Mind: Russian Culture under Communism' contains a number of articles, conversations and reports that Isaiah Berlin had composed during his travel to Russia. He never published them in his lifetime, until six years after his death Henry Hardy finally collected, edited and compiled them in a volume.

The chapters of the book include: The Arts in Russia under Stalin, A Visit to Leningrad, A Great Russian Writer, Conversations with Akhmatova and Pasternak, Boris Pasternak, Why the Soviet Union Chooses to Insulate Itself, The Artificial Dialectic: Generalissimo Stalin and the Art of Government, Four Weeks in the Soviet Union, Soviet Russian Culture, and The Survival of Russian Intelligentsia.

It also contains a handy Glossary of names added by Helen Rappaport.

Sir Isaiah Berlin (1909 – 1997) was a social and political theorist, philosopher and historian of ideas, "thought by many to be the dominant scholar of his generation". He excelled as an essayist, conversationalist and raconteur; and as a brilliant lecturer who improvised, rapidly and spontaneously, richly allusive and coherently structured material. He translated works by Ivan Turgenev from Russian into English and, during the war, worked for the British Diplomatic Service.

The second print of Isaiah Berlin's 'The Soviet Mind: Russian Culture under Communism' translated into Persian by Reza Rezaei is published in 1000 copies and 415 pages by Mahi Publications.

Story Code: 185214
'Social Philosophy of Art According to Descartes and Mulla Sadra'