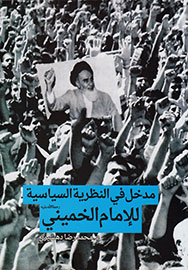 IBNA: The book reviews the political views of the leader of the Islamic Revolution and its Arabic translation has just been published in Iraq by Iran’s cultural attaché.

The book argues that Imam Khomeini’s political stance is purely based on Islamic teachings.

“He not only managed to work out Islamic teachings in practice, but was also able to intellectually and theoretically move in accordance with Islam and create an unbreakable bond between religion and politics in the Islamic society,” the book reads.