Publish Date : Sunday 13 October 2013 - 13:48
Writer of Sacred Defense works attending the 65th Frankfurt International Book Fair has said the large number and quality of the presented works in the genre have amazed the exhibit’s visitors. 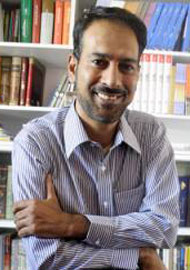 IBNA: Speaking with IBNA through a telephone conversation, Akbar Sahraei said many of the people visiting Iran’s stall at the book fair have expressed astonishment to see the large number of Sacred Defense works.

Sahraei is one of the writers chosen by the Institute of Iran’s Cultural Fairs to attend the book fair in Frankfurt. The institute has also provided a booklet and a CD of Sahraei’ works to be showcased at the book fair.

He further asserted that all writers should take part in such exhibitions to learn about the latest developments in their fields of interest and studies.

“During the first day of the exhibition, some Iranians turned in Iran’s stall together with a number of foreigners to whom I elaborated on my works,” said Sahraei, speaking about his first experience in the book fair.

Works by many prominent Sacred Defense writers have been showcased at Iran’s stall which has turned out to be astonishing for the fair’s visitors, we went on to add.