Publish Date : Sunday 15 September 2013 - 10:49
The Kurdish translation of an account on ‘Imam Khomeini’s 40 Hadith’ has been released by Iran in Istanbul. 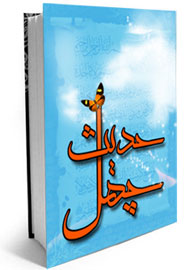 IBNA: Published by the Islamic Republic of Iran’s cultural attaché in Turkey, the work is arranged in 584 pages and is translated in Kurdish by Ali Husseini. 2,000 copies of the work are now published and made available to interested readers of the book.

The ’40 Hadith’ is in fact Imam Khomeini’s pamphlet which he used to teach his students at Feiziyeh School in Qom Seminary.

The original Persian version of the book was first published a year after the victory of the Islamic Revolution in 1980.