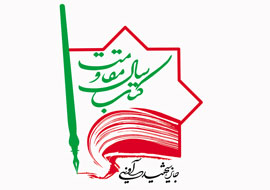 Talking about the books released in 2009-2012, Amir Shahryar said: “According to our calculations, 800 book titles were chosen of which 450 were Arabic and 350 were English however further evaluations and submitted works made the works to increase and currently over 1100 books are available of which 600 are Arabic.”

The works will first be screened by Iranian jurors and then foreign figures will decide about them finally. The international section will also hold different categories including documentary literature, fictions including novels, novellas and short stories as well as research literature, reference books, dictionaries and encyclopedias.

Martyr Avini Literary Award is an Iranian literary award organized by the Revayate Fath Institute and the Marty Avini Institute of Culture and Art. The award is named in honor of Seyyed Morteza Avini, who is considered a martyr in Iran. He was a well known Iranian television news personality who was killed in 1993 by a mine while covering a story about the Iran-Iraq conflict.