Book of the Year World Award ignores no book

Publish Date : Saturday 27 January 2018 - 20:32
IBNA- Secretary of the 25th Iran’s Book of the Year World Award said that the local and foreign experts help to discover the new works published throughout the world and no book is ignored. 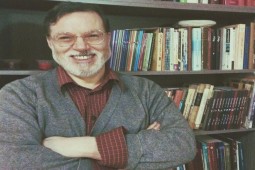 Ahmad Ali Haidari
In an interview with IBNA, Secretary of the 25th Iran’s Book of the Year World Award  Ahmad Ali Haidari said: “This year, in the Book of the Year World Award we have not received any book which deserves to be honored. In the past years’ editions of the event, top researchers and, in some instances, even the institutes which were engaged in coherent research works were selected as the best institutes, but this year simply ten works were selected.”
On the research fields, he said: “In general, the books submitted in all fields were from the subcategory of Iranian and Islamic studies, and selected in the fields of literature, history, geography, and art. They are from Germany, the United States, Italy, and France.
Haidari pointed out that all authors whose works have been selected are invited to attend the award ceremony.
Responding to the question of whether in terms of content, the selected works would be able to satisfy the Iranian readership or not, he said: “As I suggested before, the most significant feature of these books is that they have considered the issues relevant to Iran and Islam from different views which belong to foreign scholars. Since they come from a different cultural geography, they can sound innovative and engaging for the Iranian researchers.”
“The majority of these works provide the ground for our researchers to improve their knowledge about the perceptions and ideas of foreign scholars on Islam and Iran. I believe Iranian researchers are enthusiastic about being informed of the details of such foreign books,” Haidari added.
On the selection of jury members, Secretary of the 25th Iran’s Book of the Year World Award said: “Regarding our experiences from the past editions, we identified efficient experts in different fields. The work of European and Arabian countries on picking best books began since seven or eight months ago. The total number of experts in different fields of study is about 60 persons.”
“They were selected based on our criteria including membership in university faculties and highest scientific position. Members of our jury panel are from the universities which have departments of Iranian and Islamic studies. Four experts were picked from every country,” he said.
Haidari went on to say: “We had various sources for access to the best books such as national libraries of the countries where these works are published. The other source is researchers in various fields of study who are either Iranian or the citizens of other countries. They inform us of the release of new books. Moreover, the Iranian cultural representatives in other countries discover the new fine books. In general, we tried not to ignore any important book.”
Elsewhere in his remarks, Haidari noted that the Book of the Year World Award tries to translate the selected works into Persian and make them available to Iranian experts and students.
According to him, consultations on the selection of books were also held with foreign researchers and they have shared information with their Iranian counterparts.
Secretary of the 25th Iran’s Book of the Year World Award concluded by saying: “All selected and award-winning scholars function as good connections between us and the academic world. They may promote the award in their respective countries. During past years the website of the Book of the Year World Award has actively provided news and information on the event and it’s evident that many interested people visit the site.”