Publish Date : Wednesday 20 May 2015 - 23:49
IBNA- The poet of color and math Kewmars Monshizadeh says that Sa`di and Hafez haven’t won a Nobel Literature Prize, yet the whole world knows them. Had they got the Prize, we would have been skeptical of the selection of the Nobel Academy.” 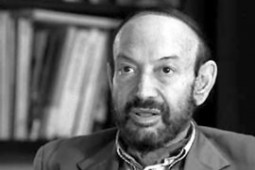 Kewmars Monshizadeh
In an interview with IBNA, Monshiozadeh (PhD), the satirist poet, said: “All the greatness of Sa`di lies in his Golestan, and the fact that the world knows him and reads his poems and tales is not because he’s supposed to have won the Nobel Literature Prize as did Patrick Modiano! Those who want to compare Sa`di with Modiano are ignorant in speech and mind.”
Sa`di’s poem is not written at the entrance of the United Nations because he has received a Nobel Award. Cases of the writers who kill themselves for Nobel Literature Award are in yellow folders, he stated.
Monshiozadeh pointed out that if a poet like Hafez is great and is called so, it’s due to his rich works. I so believe that winning or not winning the Nobel Literature Prize does not diminish the value of a writer, nor does it add any further to the value of a prominent writer and poet.”
The poet of the anthology ‘Red Clock at 25 O’clock’ went on saying: “Ferdowsi’s greatness is all due to writing his ‘Shahnameh’ in solitude. Had he been alive, he surely wouldn’t attend the Swedish Academy to receive his Nobel Award. What I mean is that great literary figures never mean to introduce themselves and don’t even care for such a prize which is well-known to the world.”
The composer of the Collection 'More Red than White' continued: “I do not mean to compare our Sa`di and Hafez and Ferdowsi with for example Ilosa; such comparison is out of question. However, when Mario Vargas Ilosa received the Nobel Award, it was too late. I believe, he should have received it several years earlier.”
He reminded that such poets never go after the Nobel Award. In fact, it’s the Nobel Award that has to go after them. I mean, Nobel Academy at times grants an award to a writer or poet against its own policy, for more credit and not for the sake of the poet and the writer.
Monshizadeh, the creator of the book ‘Faced with the whip’ said: “Some writers also kill themselves to receive the Nobel Literature Award. They wander through Europe to have their work translated at their own cost to be known by the Swedish Academy and be paid attention to. Turkish writer, Orhan Pamuk might be one of those who do not care much about literature.”
He explained that for such writers receiving the prize is more important than producing literature and at the best they do “literature” than “live”. I do not much like these people who want to show they’re book worms and literature means all life to them. I believe their case is kept in yellow files.
Monshizadeh was born in Kerman. He is known as the founder of the Math Poetry in Iran because of his use of mathematical equations and expressions of physics and chemistry. Among his books, one can refer to the collection 'More Red than White', and his satirical collection 'Faced with the Whip'. In recent years, he has turned to composing poems known as “Color Poetry”. 'Red Clock at 25 O’clock' is the title of his selected poems which was published by Negima Publications in 2008.